Ayurveda for Diabetes: How Cinnamon Helps in Controlling High Sugar 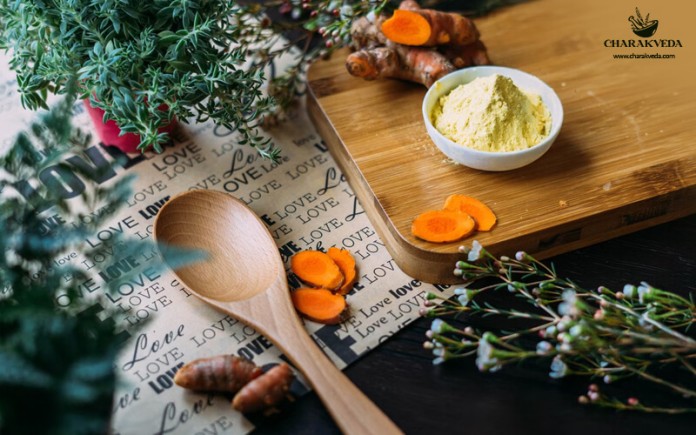 Cinnamon, extracted from the barks of the wild Cinnamomum trees, is known for the flavor it brings out when used for cooking or in desserts. It has been in use since centuries and was prized amongst ancient civilizations. But in Ayurveda, cinnamon is known for its various medicinal benefits as well, especially in controlling the high sugar levels being attributed to the chronic disease called Diabetes mellitus.

Characterized by high blood sugar, diabetes has become a world-known pandemic caused due to the sedentary lifestyle. It is caused due to your body’s reduced capability to either produce insulin or reduced insulin sensitivity to use glucose to provide energy to the body. Excessive sugar, when left unused, accumulates in the body. In the long-term, accumulation of excessive sugar can lead to various other related diseases like cardiovascular diseases, nerve damage, kidney damage, eye damage, hearing impairment, skin conditions and even depression.

How Cinnamon Helps in Controlling Diabetes

In a study done by a group of scientist to compare the anti-oxidant content amongst 26 herbs, cinnamon was found to contain the second-highest level of anti-oxidants (after cloves). The high level of antioxidants fights with the free radicals produced in the body due to oxidative stress, which damages the cells. It is known to the medical community that free radicals and high oxidative stress are one of the main causes behind various chronic diseases including diabetes. One study showed that the intake of 500gms of cinnamon every day for 12 weeks decreased oxidative stress by 14% in the pre-diabetes patients.

High blood sugar is caused either when the pancreas stops producing the required amount of insulin or by body’s reduced sensitivity to use insulin. Cinnamon helps in controlling high blood sugar both by imitating insulin and increasing insulin sensitivity. By imitating insulin and its function, it increases the transportation of glucose to the bloodstream from where glucose enters cells and is converted into energy. Cinnamon also increases insulin sensitivity which increases the efficient consumption of insulin to convert glucose into energy. A study done on seven men showed that their insulin sensitivity increased as soon as cinnamon was consumed and this effect lasted for almost 12 hours.

Depending on the size of the meal you have taken, it can lead to the abrupt and quick increase in the blood sugar levels. Cinnamon can help in controlling and maintaining blood sugar levels as its consumption helps in slower emptying of food from the stomach by blocking digestive enzymes. Slower digestion leads to slower conversion of food into glucose, thus controlling the instantaneous increase in blood sugar.

How to Include Cinnamon in Your Daily Diet

You can include cinnamon in its powdered form easily in your everyday diet. Studies show that the people who took 1, 3 and 6 gms of cinnamon every day saw a decrease in the blood sugar in the same proportion. But it doesn’t mean that you would increase the dose way beyond its requirement. Higher doses of cinnamon can also lead to hypoglycemia, i.e. reduced levels of sugar in the body. Thus, it is advisable that 1-6 gms of cinnamon can be included in the daily diet for you to reap its benefit.

Here are a few ways you can include cinnamon in your diet to fight diabetes:

CAUTION: Before including cinnamon in your diet, please consult your physician. 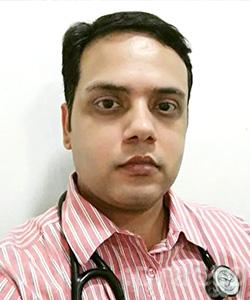 Dr. Nishant Tyagi
Dr Nishant Tyagi is a Interventional Cardiologist working at Max Super Specialty Hospital, Parparganj, East Delhi. He is a Gold Medalist and worked in the past in the cardiology department at Escorts Heart Institute, Okhla, New Delhi (7years)and Medanta Medicity Gurgaon (3years). He has worked extensively in all fields of cardiology including non invasive and interventional cardiology.
RELATED ARTICLES
Diabetes

Diabetes Diet: This Winter Salad is a Soul-Food for Diabetic Patients